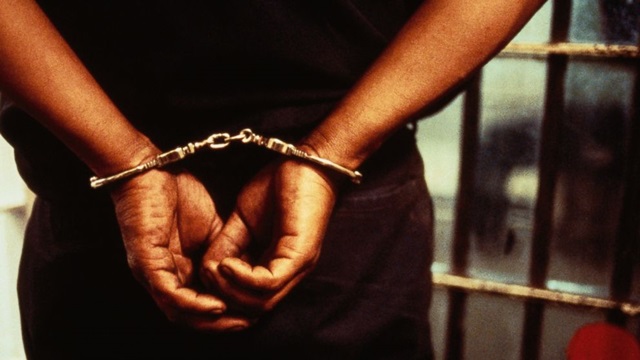 Police in Ngoma District has arrested a man suspected of working with cattle thieves and buying stolen cows from them.

Thierry Niyorurema was arrested on Sunday in Remera Sector, where he was found slaughtering one of the cows stolen recently.

Chief Inspector of Police (CIP) Hamdun Twizeyimana, the Police spokesperson for the Eastern region, said that the cow which Niyorurema was found slaughtering was stolen the previous night in the neighboring Kibungo Sector, also in Ngoma.

“When the victim identified as Jeannette Mukansengimana reported the theft to Police on Sunday morning, all Police stations in Ngoma were put on alert,” CIP Twizeyimana said.

“Residents of Rurenge Sector later called the Police at Rurenge station reporting people, who had crossed to Remera sector with a cow, which they suspected was stolen. Rurenge and Remera Police station worked together and arrested Niyorurema while slaughtering the cow,” he added.

The spokesperson said that Niyorurema, who runs butchery in Remera, didn’t use the usual known local abattoir; he instead slaughtered the cow from the bush where he was arrested in the act.

Meanwhile, Niyorurema said he bought the cow from another man, whose particulars he didn’t disclose.

“Law enforcement agencies are working together to arrest and bring to justice all those connected to this crime,” said CIP Twizeyimana.

He, however, said that cattle theft in the region has reduced due to increased operations in the recent past and community policing, which led to the arrest of many rustlers. $38 million factory to blend 100,000 tonnes of fertiliser annually to be operational this year