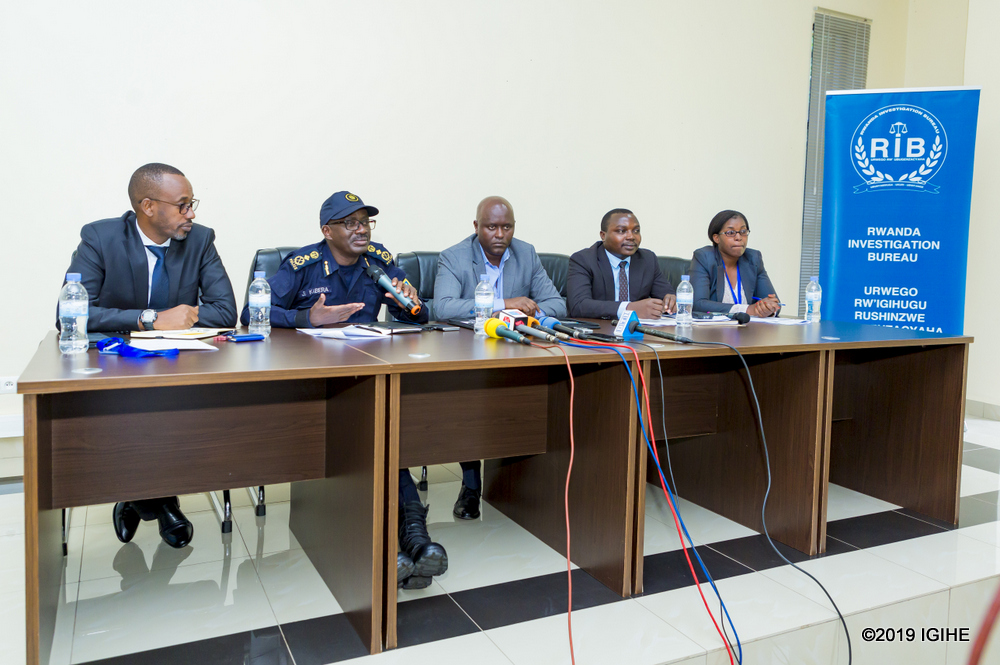 They were arrested in a six-day operation dubbed ‘Operation Usalaama VI’ conducted between October 30 and November 4, during which illegal goods worth over Rwf80 million were seized from the suspects.

At least ten of those arrested during the operations are major drug dealers.

Usalama, meaning safety in Kiswahili, is a regional operation conducted every year simultaneously in 28 Eastern and Southern Police Chiefs Cooperation Organisations (EAPCCO and SARPCCO) member states against high impact crimes including; trafficking in human beings, people smuggling, counterfeit, illicit and substandard pharmaceuticals and foods and narcotics, among others.

Some of the impounded illegal and substandard goods, according to the report of the operation released Monday, include narcotic drugs and psychotropic substances (136kgs of cannabis and 38,487 litres of illicit drinks) worth over Rwf32.5 million; smuggled clothing valued at Rwf11.3 million;

Other items include substandard and fake veterinary and agricultural drugs like industrial fertilizers worth Rwf25.7 million; skin bleaching cosmetics (lotions, oils and soaps) valued at Rwf3.3 million; substandard foodstuff, especially meat and bread; and 26 boxes of pharmaceuticals, which were being sold illegally; 70kgs of minerals; and 27.7kgs of stolen electric cables.

RNP spokesperson, Commissioner of Police (CP) John Bosco Kabera said that fighting these criminal acts should be everyone’s responsibility so as to protect legal business and the public against substandard and dangerous products.

“Together with other relevant institutions, we continue to raise awareness and enhance operations to fight and prevent such criminal practices. This is one of the reasons why units like border security, Revenue Protection Unit and the Anti-Narcotics Unit were established,” CP Kabera said.

“These smuggled, expired and counterfeit products are dangerous to legal business, harmful to consumers, and damaging to the economy through tax evasion. If you don’t want to get into conflict with the law, do legal businesses… do the right thing,” he warned.

The spokesperson called upon the general public especially those residing on borderline, to continue their community policing spirit and share information on people, who attempt to traffic and smuggle goods and other cross-border crimes.