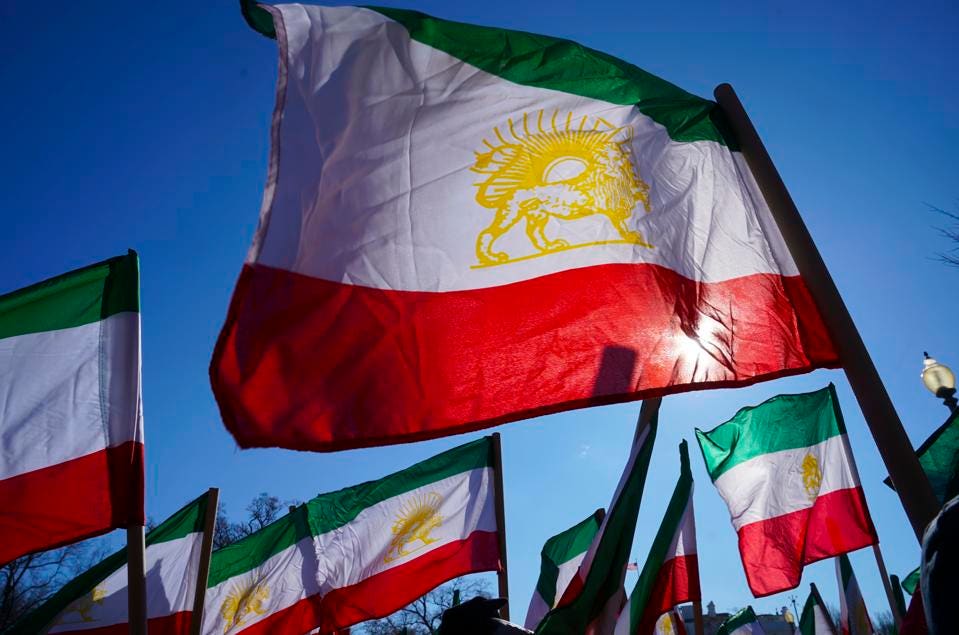 And so it continues.

U.K. Foreign Secretary Jeremy Hunt echoed the mood in Brussels on Monday, where he was attending an EU foreign ministers’ meeting. “We are very worried about the risk of a conflict happening by accident with an escalation that is unintended. What we need is a period of calm to make sure that everyone understands what the other side is thinking.”

U.S. Secretary of State Mike Pompeo traveled to Brussels en route to Russia to “share intelligence” with allies on the “escalating” threat from Iran. “This seemed like a timely visit on his way to Sochi,” U.S. Special Representative for Iran Brian Hook told reporters. “The secretary wanted to share some details behind what we have been saying publicly. We believe that Iran should try talks instead of threats. They have chosen poorly by focusing on threats.”

Earlier on Monday, Saudi Arabia’s Energy Minister Khalid al-Falih acknowledged that two of the country’s oil tankers had been hit by a “sabotage attack” off the coast of the United Arab Emirates. The attack had the potential to “threaten the freedom of maritime navigation and the security of oil supplies to consumers around the world.”

The attack on the Saudi oil tankers early on Sunday came as the ships prepared to cross into the Persian Gulf. No oil was spilled and there were no casualties, but Falih said there had been “significant damage to the structures of the two vessels.”

Over the weekend, “false reports” claimed there had been explosions at a UAE port. This has since been clarified by the UAE, which acknowledged through a Foreign Ministry statement that “four commercial, civilian trading vessels of various nationalities suffered acts of sabotage.” No further detail has yet emerged.

On Friday, the U.S. Maritime Administration had warned American merchant vessels of the potential threat to commercial shipping from escalating tensions with Iran. “Since early May, there is an increased possibility that Iran and/or its regional proxies could take action against U.S. and partner interests, including oil production infrastructure. After recently threatening to close the Strait of Hormuz Iran or its proxies could respond by targeting commercial vessels, including oil tankers, or U.S. military vessels in the Red Sea, Bab-el-Mandeb Strait, or the Persian Gulf.”

According to an Iranian state news agency, a spokesperson for Iran’s Foreign Ministry Seyyed Abbas Mousavi “called for the clarification of the exact dimensions of the incident. Referring to the negative impact of these incidents on shipping safety and maritime security, he warned against plots by ill-wishers to disrupt regional security. Mousavi also called for the vigilance of regional states in the face of any adventurism by foreign elements.”

Iranian news agency IRNA reported the head of Iran’s parliamentary national security committee suggesting that “the explosions of Fujairah port could have been carried out by saboteurs from a third country who seek instability in the region.” Potentially – but not likely.

There is no solid information yet as to the group or groups responsible for the sabotage attacks, but all eyes will be on Iran’s regional proxies. The attacks came within hours of various threats from Iranian military officials as to the country’s ability to hit out at the U.S. presence in the region if provoked. There has been an undercurrent to the rising tensions between the U.S. and Iran as to ongoing maritime security in the region, and this is a powerful reinforcing message.

There is also the ongoing potential for a more direct level of conflict. But it won’t start there. It will start like this.

As I reported on Sunday, a senior figure in the IRGC’s leadership was reported to have said that “if [the U.S.] make a move [against Iran], we will hit them in the head… An aircraft carrier that has at least 40 to 50 planes on it and 6,000 forces gathered within it was a serious threat for us in the past. But now, the threats have switched to opportunities.”

This followed taunts on Friday from Ayatollah Yousef Tabatabai Nejad that the “billion-dollar [U.S.] fleet can be destroyed with one missile. If they attempt any move, they will [see] dozens of missiles because at that time officials won’t be in charge to act cautiously, but instead, things will be in the hands of our beloved leader.”

Both the Saudi and UAE statements called for the international community to maintain the safety of maritime navigation in the region, preventing actions which “would be considered a threat to international safety and security.”

Last week the rhetoric between the U.S. and Iran intensified, as the U.S. announced the dispatch to the region of a carrier group, a bomber task force including B-52s and a Patriot missile defense system. “Iran is the major destabilizing influence in the Middle East, and we aim to fix that,” U.S. Secretary of State Mike Pompeo told CNBC on Saturday.

“What we’ve seen from the Iranians is increased threats… it’s real… and it appears to be current,” Pompeo added. “We’ve done all the right things to increase our security posture to the best of our ability… but we also want to make sure that we had deterrent forces in place, so in the event that Iran decided to come after an American interest — whether that be in Iraq, or Afghanistan, or Yemen, or any place in the Middle East – we were prepared to respond to them in an appropriate way.”

A proxy attack on U.S. allies was pretty much what was expected. Iran has been as vocal in its criticism of Israel and Saudi Arabia as U.S. proxies as it has been of the U.S. itself, and Israel’s Energy Minister Yuval Steinitz said at the weekend that “things are heating up” in the Gulf, adding that “if there’s some sort of conflagration between Iran and the United States, between Iran and its neighbors, I’m not ruling out that they will activate Hezbollah (in Lebanon) and Islamic Jihad from Gaza, or even that they will try to fire missiles from Iran at the State of Israel.”

On Sunday, Iran’s Parliamentary vice-speaker Ali Motahari raised the rhetoric and pulled Israel into the mix. “The U.S. military forces’ deployment in the Persian Gulf is more in the nature of psychological warfare,” he said as reported by Iran’s Fars news agency. “They are not ready for a war, especially when Israel is within our range,” Motahari said, according to the FARS news agency.”

I’ve written before that vying military alliances make for a heady mix, and history tells us that whatever politicians (in Washington, Teheran, Abu Dhabi, Riyadh or Jerusalem) think is the plan, it is unlikely to play out that way. The region is the world’s epicenter of unintended consequences and spiraling tensions. The actual risk is that the whole situation veers into a series of military skirmishes that will escalate towards a scale of conflict that almost nobody wants to see.

All of which is why, whether the work of Iran or its proxies, the timing is of note. Ebola outbreak in DRC declared a Public Health Emergency of International Concern after killing over 1,600 people